Smetana: An introduction to "The Kiss" 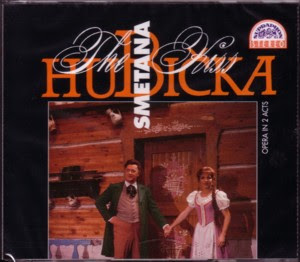 Bedrich Smetana is one of those composers that grow on you each time
you listen to his music. I was captivated in my childhood by such
works as Ma Vlast which I had in two different versions by Kubelik.
In due moment I also got to know Prodana Nevesta (Bartered Bride)
first through it's exciting dances and then the whole, charming,
opera. Right now he's one of my favorite composers and I have a
pretty large discography with many of his operas, orchestral, choral
and chamber works and piano music.
One of those composers which overall, have a great level of consistency through their work. Smetana should be known to any opera fan. In my opinion he's one of the 19th
century important opera composers. Perhaps it's unfair to regard him
only as a great nationalist composer: If music like Dvorak, Tchaikovsky's or
Janacek's have been well received outside their countries I don't see
why Smetana can't cross the border besides Bartered Bride; Dalibor
has as nice a plot as any of Verdi's historical operas. The kiss,
Secret and two widows are great comedies-melodramas
as any 19th century great operas.

The problem I see with Smetana (besides the language) is the intimacy
of some of his music. But with good staging they can easily surpass
the "local color" prejudice.

"The Kiss” is a charming score. The story is one of
jealousy, misunderstanding and deep human emotions. It’s an opera about
human beings, not heroes. There isn't a hero or a heroine, just
people entangled in their relationships, affected by social
boundaries and traditions. The music is full of motives that keep
popping out through the opera in different colors. Smetana achieves a
steady flow of music and in this sense the pace is managed
masterfully, displaying a compact dramaturgy and economy of means
that puts him above Bartered Bride in this aspect.

On the other hand, Smetana's music is melancholic, with a sad
undertone. It was composed between 1874 and1876, when he was totally
deaf. It was his first opera composed under these circumstances. It
has many independent numbers that, however, never stop the
action. The overture is written in a potpourri style but the
symphonic flow puts it above many overtures with this type of
structure. Among the memorable moments are Vendulka(soprano) 's two lullabies,
Lukas's second act rage aria and duet with Tomes, Tomes's first act
solo, Paloucky(bass)'s first act aria, Vendulka's and Lukas(tenor)'s love duets,
Barce(soprano)'s lark song and a fine quartet with chorus on the first act.
The story is about two widowers who are in love but she refuses to
give him a kiss until the proper mourning for his late wife is
accomplished. He explodes with rage and almost puts off his new
marriage.

As you can see the story is of forgiveness, reconciliation
and human relationships. Smetana at this stage of his life (after a
difficult first marriage) was concerned with redemption and second
chances in human relationships. The Supraphon recording is good, with
atmospheric (though not state of the art) recording and a Czech
flavor Janacek Brno Orchestra under Vajnar's vital and endearing
baton. I like Eva Depoltova's lyric voice, only showing some pressure
on the high register. She is well matched by Leo Marian Vodicka a
nice lyric tenor of some punch. Among the Czech legends Vaclav Zitek
displays a firm and ample tone, a nice baritone. Eduard Haken has
plenty of face and an older sounding bass instrument but he was at
the final part of a long and distinguished career, still one can
sense his artistry. Bozena Effenberkova sings the lark song with
girlish naivety.
Etiquetas: Bedrich Smetana 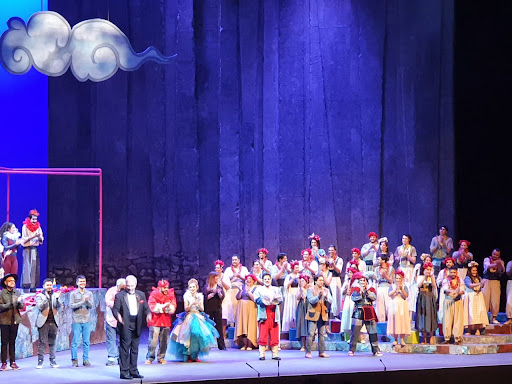